The Most Anticipated books for 2015

The Most Anticipated Books  in 2015

The time has come at last for Elspeth Gordie to leave the Land on her quest to find and stop the computermachine Sentinel from unleashing the deadly Balance of Terror arsenal. But before she can embark on her quest, she must find a lost key; and although she has long prepared for this day, nothing is as she imagined.

This is the final, dramatic volume in series of books that undoubtedly shines as one of the most fantastic, and fantastical, tapestries ever woven. If you haven’t read the books, now is the perfect time to catch up, because you’ll be able to devour each book one after the other, right until the end. The Farseekers, Ashling and The Keeping Place, which were all released a year at a time. Then it was an almost ten year wait until the fifth book, The Stone Key, appeared, then three more years waiting for The Sending in 2011. Patience was required for those who loved the series.  How, however,  you can have them all with no waiting. 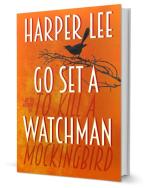 Revisit Harper Lee's classic To Kill A Mockingbird with this beautiful hardback edition at our price of $36.00  Due July
Book Description
Set during the mid-1950s, Go Set a Watchman features many of the characters from To Kill a Mockingbird some twenty years later.

Scout has returned to Maycomb from New York to visit her father Atticus.

She is forced to grapple with issues both personal and political as she tries to understand both her father’s attitude toward society and her own feelings about the place where she was born and spent her childhood. 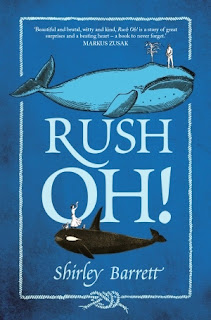 I now can’t wait to read it. The intriguing title was the rallying cry of the whalers of Eden on the coast of NSW over one hundred years ago. The novel is set in 1908 and is based on the true story of the community’s unlikely relationship with a pod of Killer whales. During that period the whalers and the Killer whales hunted together and the Killer whales became a part of the community, each known by name and personality, most notably a beloved prankster called Tom.
It sounds fanciful, but isn’t that often the way with stories drawn from life? Barrett has taken this amazing historic episode of inter-species cooperation and friendship as the jumping-off point for what sounds like a dramatic and humorous story of a bad whaling season and a tight-knit village, told from the perspective of the eldest daughter of one of the whaling families.

To listen to Shirley talk about the book click on the link below
Rush Oh! by Shirley Barratt

After reading a proof copy of this book a month ago I cannot wait to get it in and recommend it.

The 65-Storey Treehouse by Andy Griffiths and Terry Denton

Andy and Terry's amazing 65-Storey Treehouse now has a pet-grooming salon, a birthday room where it's always your birthday (even when it's not), a room full of exploding eyeballs, a lollipop shop, a quicksand pit, an ant farm, a time machine and Tree-NN: a 24-hour-a-day TV news centre keeping you up to date with all the latest treehouse news, current events and gossip. Well, what are you waiting for? Come on up! 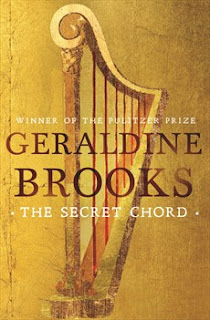 "The Secret Chord" by Geraldine Brooks

I am currently reading a review copy and it's Geraldine Brooks at her best. 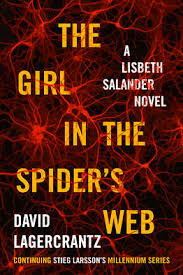 The Girl in the Spider’s Web (Millennium #4)

Late one night, Blomkvist receives a phone call from a trusted source claiming to have information vital to the United States. The source has been in contact with a young female super hacker—a hacker resembling someone Blomkvist knows all too well. The implications are staggering.

Blomkvist, in desperate need of a scoop for Millennium, turns to Lisbeth for help. She, as usual, has her own agenda. In The Girl in the Spider's Web, the duo who thrilled 80 million readers in The Girl with the Dragon Tattoo, The Girl Who Played with Fire, and The Girl Who Kicked the Hornet's Nest meet again in an extraordinary and uniquely of-the-moment thriller.